BDPI ADVANCE Education programs are designed to help increase the understanding of the clinical, procedural, and technical challenges around peripheral arterial disease. Programs offer a wide variety of live case demonstrations with engaging discussions around disease pathophysiology, progression, and treatment algorithms. Participants can expect to learn from global KOLs on how to utilize BD’s product line to ADVANCE patient outcomes.

Emerging Techniques In The Management of CLTI

This program offers participants an extensive view into the complex treatment and management of PAD.

This program offers an extensive overview of anatomy, diagnosing an treating venous disease, understanding your tools for intervention with focus on iliofemoral occlusion, demonstrating best practices for the treatment of iliofemerol occlusions and review case diagnosis and selection. 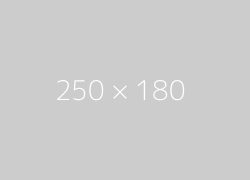 Faculty in this disease state Brian Lepow, DPM is a board-certified podiatric surgeon practicing in Houston, Texas specializing in Diabetic Foot Amputation Prevention and Limb Salvage. He maintains staff privileges at all major medical institutions in the Houston area. Dr. Lepowholds dual academic appointments in the departments of Internal Medicine and Cardiovascular Surgery at McGovern School of Medicine in Houston Texas as well as at the Baylor College of Medicine in the Division of Vascular Surgery and Endovascular Therapy.

Dr. Lepow is a native Houstonian. He graduated from Westbury High School and attended the University of Arizona in Tucson, Arizona. He earned his medical degree from Barry University School of Podiatric Medicine in Miami, Florida. Dr. Lepow completed his surgical residency training at The Mount Sinai Medical Center in New York, where he served as chief resident in Podiatric Medicine and Surgery.

It was during his fellowship that Dr. Lepow became acutely aware of the need for early diagnosis and formation of aggressive treatment plans in diabetics with lower extremity complications. He plans to dedicate his participation at the Baylor College of Medicine towards improving patient outcomes in our immediate and extended communities. Dr. Miguel Montero-Baker is an associate professor in the Division of Vascular Surgery and Endovascular Therapy in Houston, Texas specializing in Diabetic Foot Amputation Prevention and Limb Salvage. Dr. Montero-Baker graduated with honors both from medical school and his residency in Vascular Surgery at the University of Costa Rica. After his residency training, he was awarded a DAAD (German Academic Exchange Service) scholarship to further pursue his interest in interventional therapies in Leipzig, Germany and completed a peripheral vascular ultrasound fellowship, as well as an advanced peripheral endovascular interventions fellowship. Driven by his passion for research and development of new diagnostic techniques for ischemic limbs, Dr. Montero-Baker completed an Integrated Vascular Surgery Residency at the University of Arizona and went on to join the faculty as an assistant professor.